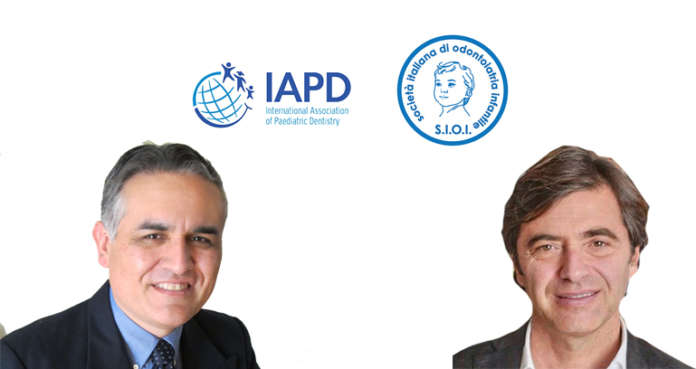 Dear President, could you please explain to Italian colleagues what IAPD exactly is?

It is my real pleasure to be in contact with the Italian pediatric dentists. I am very thankful for this interview, that will serve me to explain to my Italian colleagues, what is IAPD. The International Association of Paediatric Dentistry (IAPD) was founded in 1969, under the name International Association of Dentistry for Children, with 11 founding nations; one of them was Italy. In 1991 it changes the name for International Association of Paediatric Dentistry. The IAPD vision is to be the “global voice for children´s oral health”. IAPD has grown so much, with now 75 national member societies and more than 3000 individual members. We would like every pediatric dentist and national pediatric dentistry society work together globally to improve children´s oral health under the umbrella of IAPD. We also want to promote the best practice of pediatric dentistry in the world as our mission states. This can be achieved in several ways as is in quoted in our objectives: serve as an international forum for the exchange of information concerning pediatric dentistry, contribute to the promotion of the oral health of children and encourage research and serve as an international forum for the development and dissemination of scientific information and evidence-based.

Several activities serve as our means to achieve our objectives: The biennial congress (the next one will be in Maastricht, Netherlands in June, 2023), regional meetings, global summits, the publication of the International Journal of Paediatric Dentistry,  the newsletter for our members, educational information for patients, publication of evidence based consensus recommendations, webinars, Teach the teachers Education Program,  lectures video center, among others. Clearly, there are several activities that have as a main objective to promote pediatric dentistry around the world.

What is the IAPD programme for your Presidency?

I am lucky enough to be part of a great team of individuals to give their heart and soul for IAPD. The work that has been done by Dr. Ari Kupietzky, our secretary general and the past presidents Dr. Marcelo Boenecker, Dr, Annie Vierrou, and Dr. Anthony Tsai, in the past 6 years, along with the board members, have been very impressive. A strategic plan had been developed in the past years with the objective to keep IAPD as the real Global Voice for Children´s Oral Health.

These are some of the activities planned for the next 2 years: continue with monthly webinars, development of a Fellowship Certification in Pediatric Dentistry, resume the regional meetings as soon as the pandemia is over, emphasis in pediatric dentistry post graduate students and young pediatric dentists activities, Global Summit “Care Pathways for Dental Caries Management in Children” in Taiwan, November 2022, integration with other international organizations, increase the presence in social media, geographic expansion of IAPD , increase the participation of IAPD members as volunteers in different committees and activities, among others. This term will finish with the IAPD 29th Biennial Congress, which will be held June 14th to 17th  in Maastricht, Netherlands.

In order to accomplish these objectives, we need the participation of all our members. I am sure that the members of the Societa Italiana di Odontoiatria Infantile will work actively with us. Together we can achieve more!

The world changed so much with the pandemia. Nobody expected that this pandemia will hit us so hard, with so many people affected in their health and economy. IAPD had to reformulate all the plans for 2020 and 2021. We had to cancel our Global Summit that was planned in Taiwan in November 2020, and our Biennial Congress in Maastricht, Netherlands in June 2021. Both activities were reprogrammed. In order to compensate our lack of face-to-face activities, we started with web based activities, like webinars scheduled very regularly with a huge success. Our 28th congress that was held virtually in June 2021 was a great success: there were over 2,400 participants from over 100 countries who sent approximately 33,000 messages to one another on the event application. We received an amazing amount of 975 posters from 68 different countries. Also, the board and the committees had the chance to meet virtually even more often than before and work in many IAPD projects. The council meeting was held virtually, with a large number of nations represented. During this time of staying home and having more time for thinking and planning, IAPD has developed different programs, publications and activities. We are looking forward to resume our face-to-face activities, but we are glad that the presence of IAPD has been maintained among its members and friends during the pandemia.

What about the Italian presence in IAPD?

In June 1969, the second International Forum on Children´s Dentistry was held in Sienna, Italy, under the presidency of Professor Sergio Fiorentini, formerly Secretary General of the Societa Italiana di Odontoiatria Infantile. The local arrangements committee was chaired by Professor Luigi Masi. The official languages were English, French and Italian. It was an enormously successful meeting with 500 dental research workers, teachers and practitioners from 65 nations. During this meeting a provisional constitution was adopted and the Council approved the name International Association of Dentistry for Children. Italy was the country where IAPD was founded!! with 11 founding members and one of them, of course, was Italy

Two years before, in 1967, a First International Forum on Children´s Dentistry was held in London, UK, which was the embryo for the future International Association of Dentistry for Children. A large delegation from the Societa Italiana di Odontoiatria Infantile attended that meeting, and it was represented by Professor Sergio Fiorentini (President), Ricchi Ermanno (Vice-President and Director of the Rome School of Dental Service), Giuliano Falcolini (Secretary), Domenico Palermo (Treasurer), P. Luigi Masi (President of the Second Symposium on Children´s Dentistry) and Mario Masignani (member of the Symposium Committee).

Morevoer, in 1973 the IAPD had the honor to have Professor Sergio Fiorentini as its first Italian president. During his term, there was a large increase in nation members to more than 20 countries, along with an increase in individual members. Also, there was an increase in scientific activities and a stronger relation with FDI.

During the more than 50 years of IAPD, the Italian pediatric dentistry has participated vigorously in the activities of IAPD. We are immensely proud that one of the birthplaces of our civilization and a cultural superpower, has also taken a key part in the foundation and development of IAPD.

What about the Italian future in IAPD?

The IAPD has many plans in which Italian pediatric dentists must participate. A short time ago a campaign was launched to receive applications from volunteers who can belong to IAPD committees; and we hope that many Italian pediatric dentists will be able to heed this call. In addition, there are scientific activities such as regional meetings that at some point could be organized in Italy. The presence of Italian pediatric dentists at our events, such as the Global Summit or the Biennial congress are particularly important. In addition, the participation of Italian scientists in the publication of their research papers in our International Journal of Pediatric Dentistry would give to the journal much more international reach. We are a global society, and we want the participation of everyone, and in this way strengthen the ties between us, and learn from each one of us. Let’s hope that the pandemic can leave us soon, so we can meet Italian pediatric dentists, either in Italy or somewhere else in the world.

Thank you very much for the interview.